After a bit of  Russian season last year when I read War & Peace by Tolstoy, and The Karamzov Brothers by Dostoevsky, this year following a holiday to Fort William I've turned to some Scottish Romanticism, first in Robert Louis Stevenson's Kidnapped, and then the novels of Sir Walter Scott. First Waverley (1814), Scott's first novel, which I've finished, and next I'm moving onto Ivanhoe, one of his most famous.

Waverley is credited with inventing the 'Historical Novel' as a complete genre and it's a great story: packed with Jacobites, Aristocrats, the 1745 uprising of Bonnie Prince Charlie, gorgeous Scottish landscapes and doomed romantic causes. I thoroughly recommend it. Who said great historical literature has to be hard work, not a rollicking good story? Rubbish!

For me, the most interesting part of Waverley was how good it was at bringing a whole historical period to faithful life. This is due to its unique relation to the subject of the book. Unlike most historical novels, including Ivanhoe, Waverley is not a more-or-less well researched recreation of some distant historical epoch like the Middle Ages, Ancient Rome, or Saxon England. Its subtitle is 'Tis 60 Years Since', meaning from 1745 and Bonnie Prince Charlie's rebellion when the book is set to around 1805 when Scott was writing it, putting it squarely in living memory. This is the foundation for the multiple historical layers the book manages to vividly animate.

Unlike most modern novels, Scott the narrator is a huge part of the book. He directly addresses the reader with the voice of Walter Scott in 1805, speaking about that time and making the contrast to Sixty Years Since and the events of the novel. This is to the point that it makes the 1805 he is speaking from a major layer of content in the book. It brings to life a developing Unionist Britain, feeling strangely modern, for whom the Jacobite struggles are already a vanished past drained of any current political venom (that can hence be safely romanticised in fiction). Scott lived until 1832, only a few years before Queen Victoria took the throne and Charles Dickens started publishing, and this 1805 perspective already sounds like a more recognisable, Industrial, Modernist, Imperial era  that in turn links to the Britain of the 20th Century and our times. Scott is just addressing his contemporaries, but from our perspective 200 years later, this sizeable chunk of narration gives us a window into the life of this as a first historical period as reported by Scott. 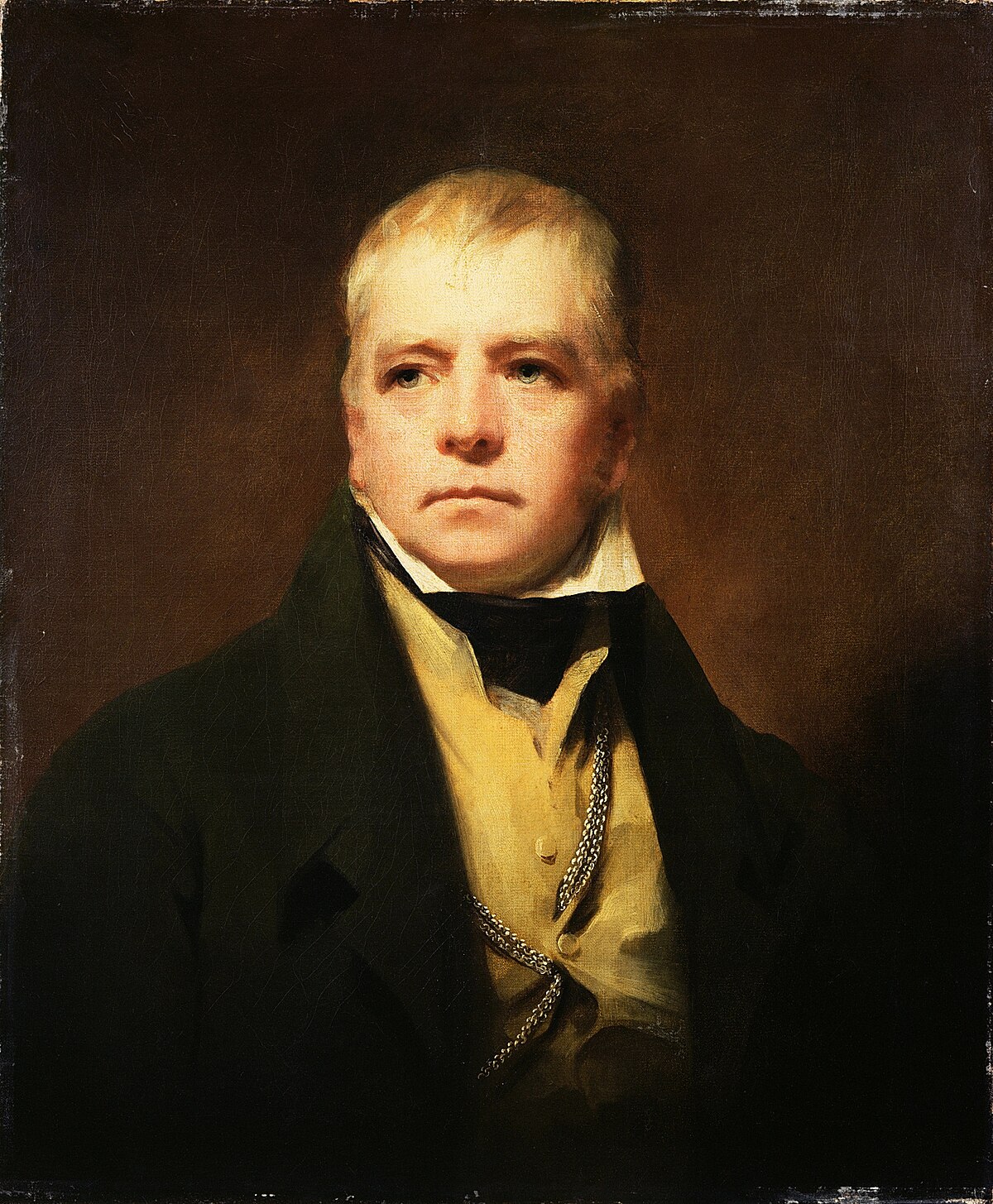 Scott's 1805 provides the narrator while the main story is set in 1745, the year of Bonnie Prince Charlie's great uprising, the closest the Jacobites came to restoring the Stuarts to the throne, and which led to the final destruction of the traditional Highland society. This is not just a fictional tale inspired by a true story though. Scott's main characters are invented, but the events, anecdotes, places, historical characters, and the religio-political environment of his story are almost all real incidents recounted to him by veterans and bystanders to the 1745 campaign itself, many of whom were still around in the 1790s and 1800s. Along with Scott's familiarity as a native Scot and intense research into the geography and events, this gives a remarkable accuracy to Scott's portrayal, backed up by more sources and end-notes than most 'factual' history books. Something only possible because it was a grandparents, double generation, earlier. We get a double perspective on this period, both represented within the story itself and directly remembered in Scott's 1805 layer. This is almost more journalism than imaginative historical recreation, like someone in my childhood in the 1990s writing about the Second World War, still surrounded by veterans who could contradict a nonsense portrayal. 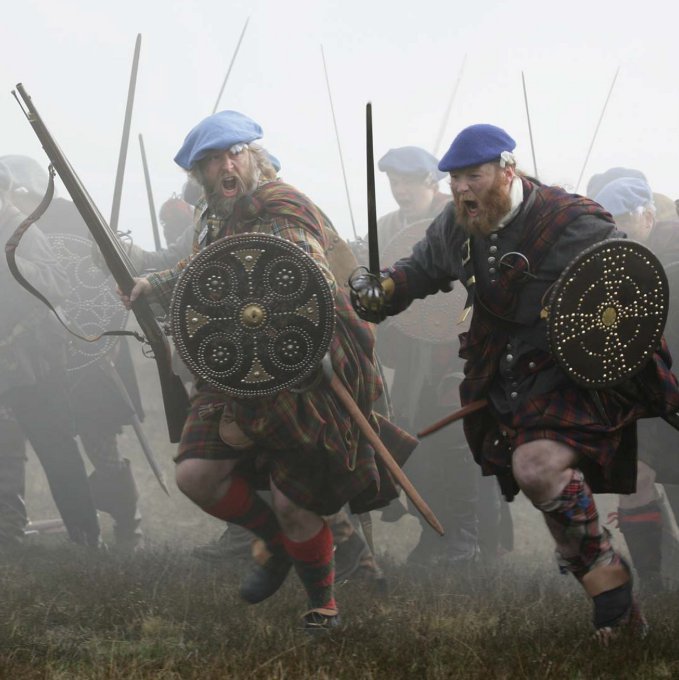 The next layer down is the 1715 Jacobite rebellion, a generation earlier. The rising for the Old Pretender, the father of Bonnie Prince Charlie, and son of the British King James II. Within Waverley itself 1715 is the immediate background driving the current events of 1745 and something which all the older characters were directly involved in. This makes it feel very recent in terms of the story. And in the meta-context of Scott's narration it is dragged forward into 1805 because then also it is still within the edge of living memory. Scott refers to having heard stories from those who were 'out' in 1715, fighting in that rebellion, presumably in Scott's youth of the 1780s. This seems remarkable but, in turn, it's like hearing from a First World War veteran in the 1980s (of whom some were still alive into the new Millennium).

We know as the reader, and Scott as the narrator, that the 1745 rebellion failed, even as the characters don't know. But both reader, narrator and characters know the 1715 rebellion failed and the characters are constantly interpreting 1745 through those earlier events: the same way the First World War drove people's reactions to the Rise of Hitler and into the early stages of the Second World War. As the cliche goes, people are always fighting the last war. So whereas 1745 is made present for us as living experience as we identify with the characters, 1715 is brought forward as remembered experience through the extensive narration of 1805 and through the characters of 1745 in the story itself.

The final layer of history is the incredible constitutional upheaval of the Glorious Revolution 1688, The Restoration in 1660 and the British Civil War of the 1640's. This is not seen directly from Scott's narrator's perspective, by 1810 it had disappeared into history the same as it has for us in 2017. But within the novel, the setting of 1745 '60 years since' lets those latter 17th Century events come alive by the way their aftershocks define the broader political and religious background of the world the characters exist in. The Royalist Cavaliers, the High Tories and Whigs, Solemn League and Covenant, Act of Union, The Restoration, Covenanters, Regicides, divisions over Episcopalianism or Presbyterianism, are all rattling around in the thoughts and speech of the characters that fill the English Shires and Scottish Lowlands and Highlands. This brings us glimpses of even these as still active events through their effects on characters living in the world they created.

So you get this wonderful layering of historical periods each either reported or remembered in Scott's narration or within the story itself: 1805, 1745, 1715, and (more vaguely) 1646-1688. This whole period is concatenated or telescoped together and brought to life. This works so well only thanks to the evocative brilliance of Scott's writing that so brings to life both the narrator's perspective and his actual story. It is this warmth towards his characters on every side that allows Scott to simultaneously conjure up a period spanning from the late 17th Century to the early 19th Century; and in a book that trots along at a fine, readable pace, entertaining with battles, plots and escapes as it goes.

As I said Waverley is credited with inventing the Historical Novel, and it's also probably the most credible historical novel I've ever read thanks to all the features I've outlined. I highly recommend it, especially if (for some reason) you want a window into 18th Century Britain (particularly Scotland) and the political disputes that animated that society. And now I go on to starting Ivanhoe, which has about as much historical credibility and accuracy as Robin Hood: Prince of Thieves.
Stephen Wigmore at 15:48
Share